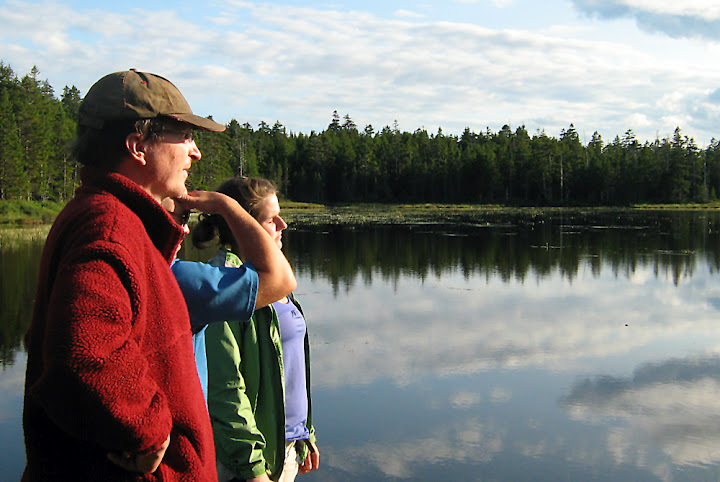 Description: This is a nice natural lake ringed by a bog.

Nature Notes: This site has the only known records of the Four-toed Salamander (Hemidactylium scutatum) in New Brunswick! This is also the rarest salamander in the Maritimes, but is known from several sites in Nova Scotia, where more work has been done on amphibians. As Marven Lake is both lower in elevation and nearer the coast than most of the park’s highland plateau lakes, it is mostly blanketed by Red Spruce and more in the high humidity “fog forest” zone than the other lakes in the park.

There are over 50 Amazing Places in the Fundy Biosphere Reserve.