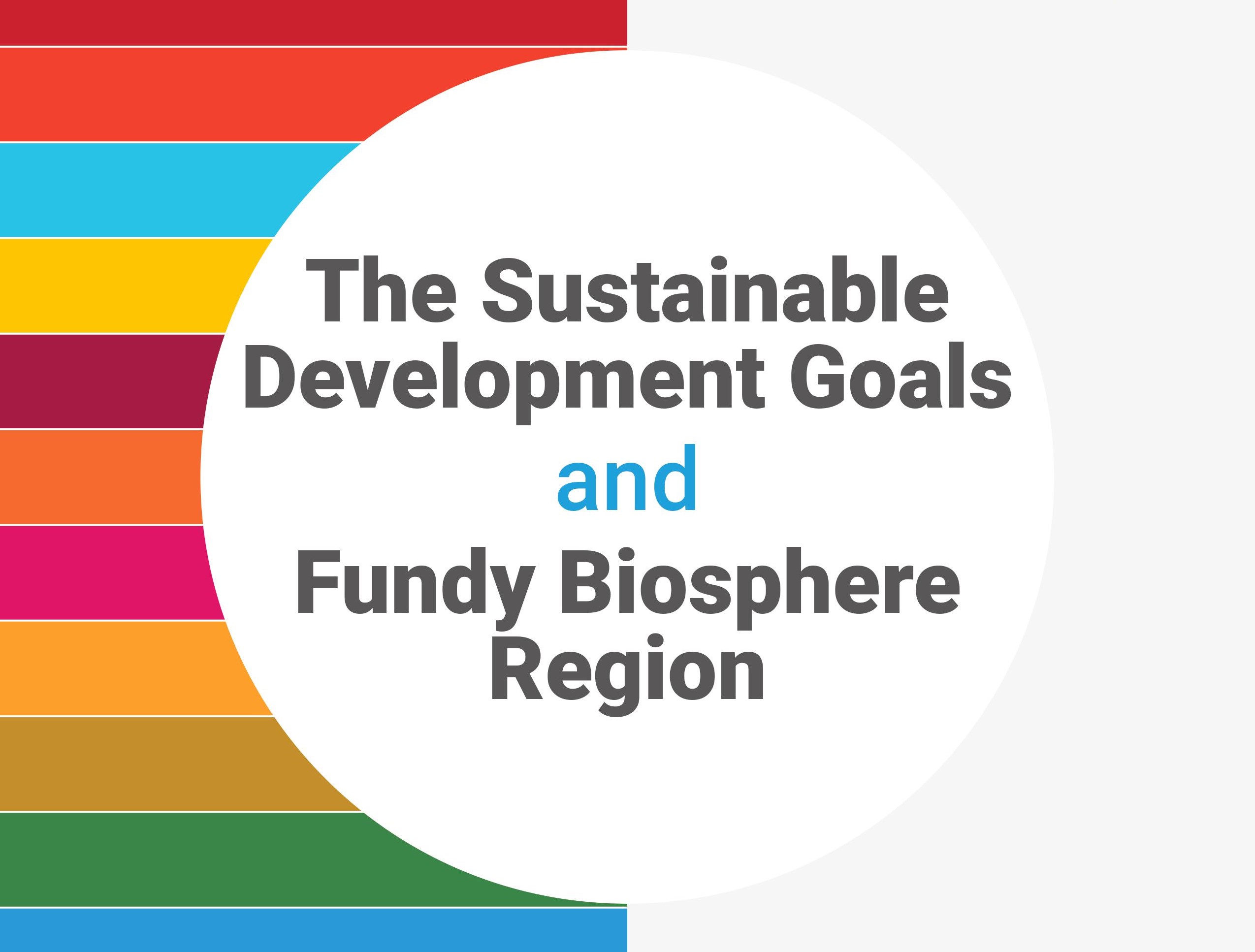 The United Nations’ Transforming Our World: The 2030 Agenda for Sustainable Development is one of the most important global agreements in recent history. The agenda, with the 17 Sustainable Development Goals (SDGs) at its core, is a guide to tackling the world’s most pressing challenges – including ending poverty and bringing economic prosperity, social inclusion, environmental sustainability and peace and good governance to all countries and all people by 2030.

The SDGs cover a wide range of complex social, economic, and environmental challenges and addressing them will require transformations in how societies and economies function and how we interact with our planet. UNESCO Biosphere Reserves have a critical role to play in the implementation of SDGs, utilizing both their mandates, and their connection to both their own region and the worldwide network of Biosphere Reserves can play an important role in SDG implementation and research.

Engaging with the SDGs will also greatly benefit Biosphere Reserves by helping them demonstrate regional impact, capture demand for SDG-related projects, build new partnerships, access new funding streams, and define a Biosphere that is sustainable and responsible within its own region and globally aware. 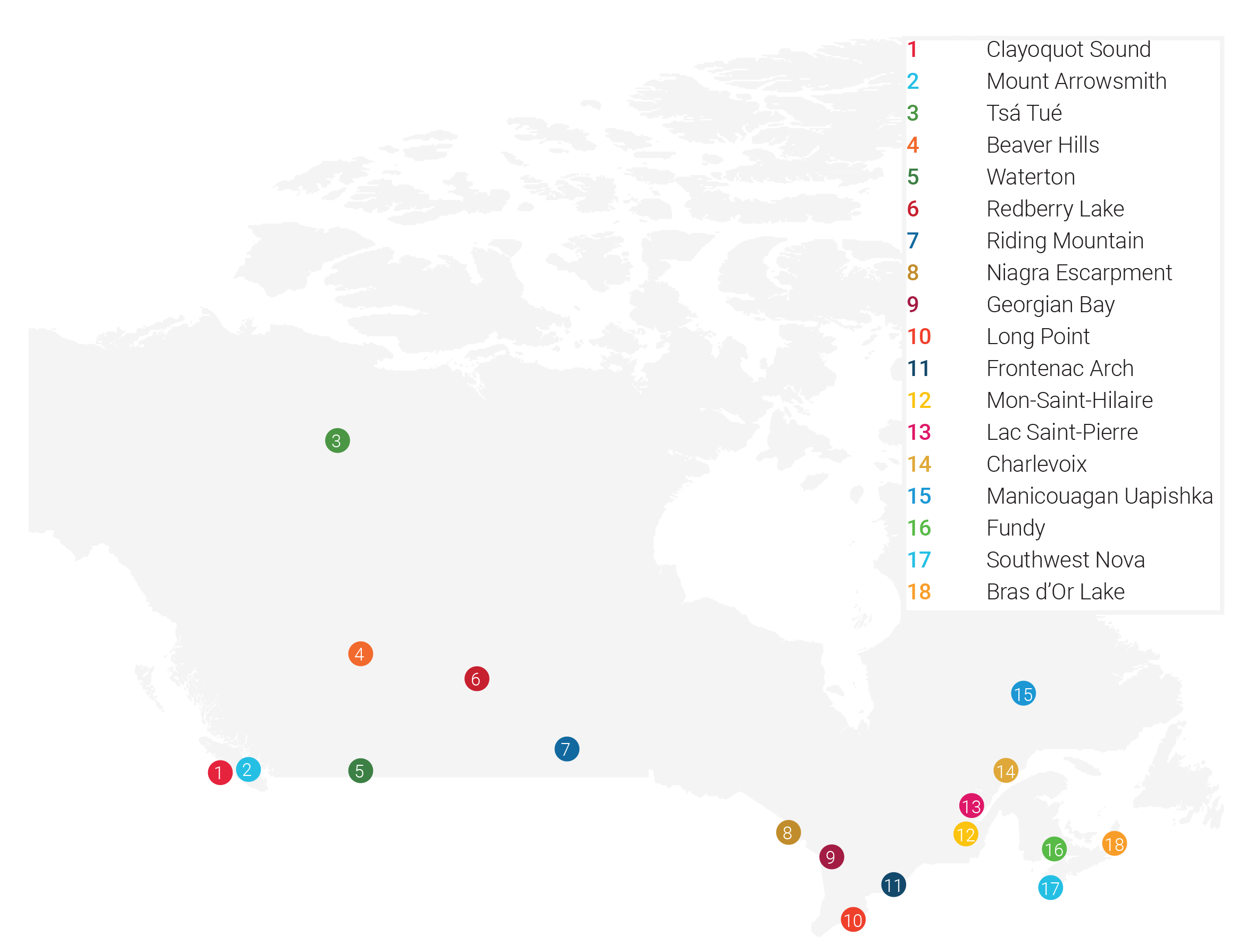 Conservation is one of the central features of the SDGs. Conserving the worlds natural wonders is an essential precondition for social justice and economic development. If we do not achieve the goals related to clean water and sanitation, life below water, life on land, and climate action, the world will fail to achieve the remaining goals.

What can biosphere regions do?

Utilizing the goals and targets that are specifically related to conservation, biosphere regions have an important role to play within their communities. Some specific examples of how biospheres can contribute include:

The SDGs promote sustained economic growth, higher levels of productivity and technological innovation. Encouraging entrepreneurship and job creation are key to this, as are effective measures to eradicate forced labour, slavery and human trafficking. With these targets in mind, the goal is to achieve full and productive employment, and decent work, for all women and men by 2030.

Within biospheres, economic development plays an important role in involving stakeholders in projects and balancing the economic needs of local communities with a high level of protection of the natural environment.

What can Biosphere Regions do?

Utilizing the goals and targets that are specifically related to economic development, biosphere regions have an important role to play within their communities. Some specific examples of how biospheres can contribute include:

Climate change presents the single biggest threat to sustainable development everywhere and its widespread, unprecedented impacts disproportionately burden the poorest and most vulnerable. Urgent action to halt climate change and deal with its impacts is integral to successfully achieving all Sustainable Development Goals (SDGs).Sustainable Development Goal 13 aims to “take urgent action to combat climate change and its impact”, while acknowledging that the United Nations Framework Convention on Climate Change is the primary international, intergovernmental forum for negotiating the global response to climate change. Other goals of the Global Agenda also focus on the changing climate and both mitigating effects while also promoting resiliency and general awareness on the topic.

Biosphere regions may already researching climate change within their region, or at the very least are aware of the adverse effects that their communities are facing. Providing knowledge on what the region can expect, developing projects that look into the effects of climate change are an important part of what makes a biosphere a “living lab”

What can biosphere regions do?

Global warming is unequivocal. The average global temperature is rising and the consequences present enormous challenges for humankind. In some biosphere reserves the effects of climate change are already visible. Although climate change extends beyond the borders of the biosphere there are several things a region can do to assist in mitigating effects:

Advocate for local legislation to support mitigation efforts•Support and apply for funding that directly relates to climate change•Provide public with the knowledge, skills, and motivation to understand and address the challenges of climate change•Provide training on native species•Enhance opportunities for capacity building of communities to address challenges

Biodiversity and protection of ecosystem services

Our education outreach program, and conservation of ecosystems and biodiversity projects.

Celebration of natural and cultural heritage

Sustainable relations between people and nature