The Problem with Plastic

By now you’ve probably heard a lot about the issues with plastic. The plastics problem has moved to the forefront of environmental issues in recent years, and many new laws have been created aiming to reduce plastic. While most of us are at least aware that a problem exists, many may not fully understand what the negative effects are, and how to mitigate them. Over the coming weeks we will be releasing short blogs explaining various plastic related issues, and what can be done for each.

This week I want to cover what exactly plastic is, why it’s so ubiquitous, and why we can’t just get rid of it.

So what is plastic? While the definition can vary a bit based on who you ask, generally all varieties of plastics are synthetic polymers, or long repeating chains of molecules that are most often made from petrochemicals. These long repeating chains are what give plastics their strength and prevent them from degrading. Different chemicals and treatments are then applied to give the plastic different qualities like hardness and colour. The new plastic is then turned into small pellets called nurdles, which is the raw form of plastic. The nurdles then get transported around the globe to be made into new products. To make plastic products the nurdles are melted down and molded into their new form. Though records show primitive versions of what we know as plastic today being invented as early as 1839, they didn’t actually come into everyday use until just after the second world war, in the early 1950s. Plastic consumption took off at that time and continues to be valued now because of three big reasons: it’s a substance that is cheap to produce,  it’s long lasting, and it can be made into just about anything you can think of. Though plastics often get a bad wrap because of their significant contribution to environmental degradation, they actually have many important benefits, including to the environment. While non-plastic alternatives are often touted as more sustainable that is not always the case. Plastics often have much lower carbon and water footprints than non-plastic alternatives. Plastic packaging can also save on carbon post-manufacturing, because its light weight reduces the amount of fuel needed in the transportation of goods. It can also preserve food better than older methods, leading to less food waste. And perhaps the most groundbreaking -  it can be made into inexpensive and sterile medical equipment, which leads to wider access to medicine and thus reduced disease transmission. Plastic can even be credited with the reduced market of

certain animal products, like ivory, tortoiseshell, and fur; saving the lives of countless elephants and tortoises among many other endangered species.

But of course, plastics have huge downfalls that have been getting more attention in recent decades. The things that make them so useful, like their long life and ease of manufacturing, mean that they are produced at a higher rate than required for consumption and then degrade  extremely slowly. They have completely taken over every aspect of our society, and a lot of us have never known a life without them. Plastic is so ubiquitous that geologists now believe that there will be a layer of it in the rock record to mark our current era, much as other time periods are marked by fossils. Plastic can take up to 1000 years to break down, so most of the plastic ever made is still around somewhere, whether it be at a landfill or directly in our surrounding environment. This overflow of plastic is very damaging, so much so that mitigation efforts to address the problem have yet to be widely successful. A large portion of plastic waste does not even make it into recycling or other waste management facilities and is instead released immediately into the environment, becoming inescapable. Because of this animals, both wild and domesticated, can easily be killed by ingesting it or getting tangled up within it. This has been proven to decimate wild populations and endanger the food supply and income of livestock owners. Plastics can also serve as a vector for invasive species that can destroy entire ecosystems. Additionally, plastic holds standing water, which creates breeding grounds for disease-spreading bugs like mosquitoes. They can even block drains and cause flooding and property damage. Worse still, pieces of plastic that break apart, commonly called microplastics, can be transported around the environment much more easily and at greater volume. They eventually find their way into the food chain, thus representing a threat to human health that has yet to be fully quantified, especially for communities near bodies of water. Here around the Bay of Fundy, we are fortunate enough to live in a stunning ecological landscape that has yet to be significantly altered like other parts of the world, but that does not mean that the problem doesn’t affect us every day. Obviously plastics are neither all good or all bad, but as a global community we have to understand that a virtually indestructible substance should not be used to create single-use items, and we need to be conscientious about all the plastic we use.

Join us again next time as we investigate how plastic move throughout environment, based on how it was thrown away

More From Our Blog 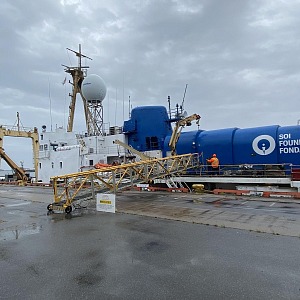 Sep 27, 2022
SOI Expedition This September the Students on Ice Foundation set off on their Ocean… 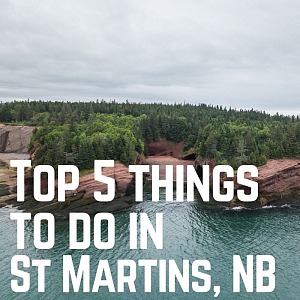 Top 5 Things to Do in St Martins, NB

Nov 26, 2021
St Martins, NB is one of my favourite coastal towns in the Fundy Biosphere. Here's why!… 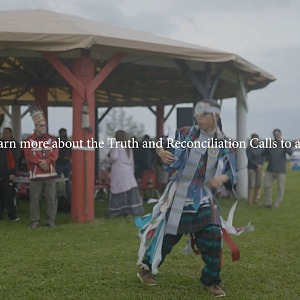 National Day for Truth and…

Sep 30, 2021
This year Canada instated a National Day for Truth And Reconciliation. Today, on Sept 30… 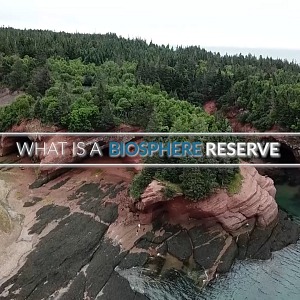 What is a Biosphere

Sep 21, 2021
What is a biosphere reserve? Biosphere Reserves are United Nations Educational,… 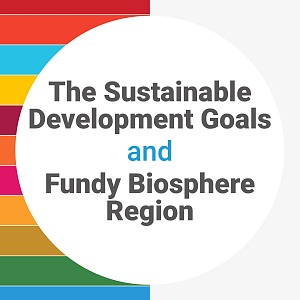 Sep 09, 2021
The United Nations’ Transforming Our World: The 2030 Agenda for Sustainable Development… 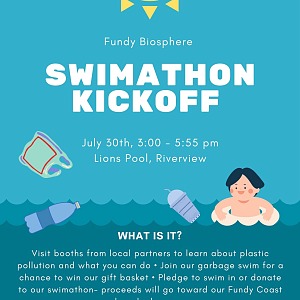 Jul 27, 2021
The first ever Swim-a-thon for a cleaner ocean is a partnership between many…